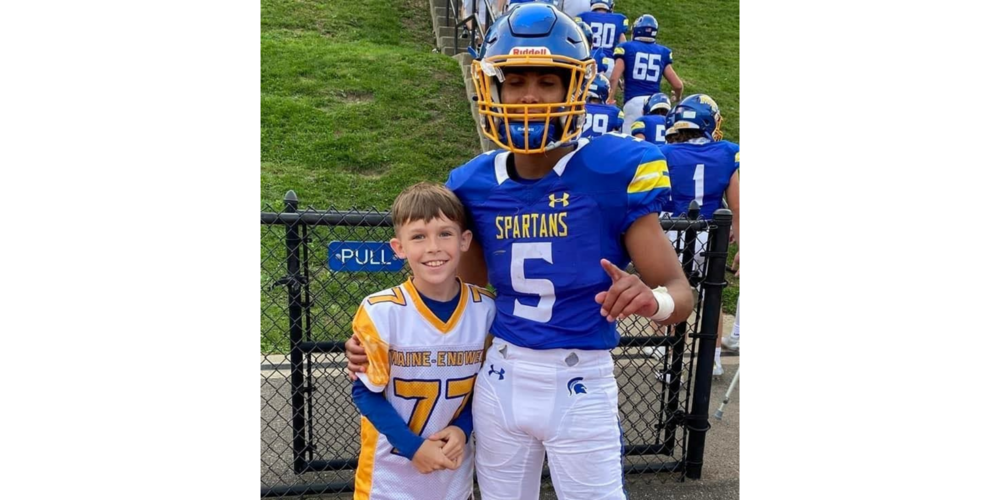 Fourth grader, Austin Semko, wrote a letter to M-E football player (and NYS champion) Donnie Hamer, wishing him good luck in the championship game and told him that he liked his cleats. The letter was delivered to Donnie by a teammate. After winning the game, Donnie wanted to give Austin his signed cleats, along with a newspaper article about the big game. Yesterday Donnie surprised Austin when he brought them to Mrs. Thorner's classroom. 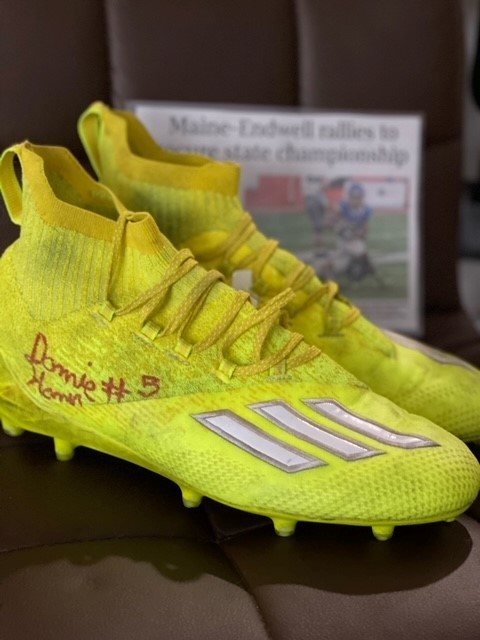